Cookies help us deliver our services. By using our services, you agree to our use of cookies.

How to prepare UUID-QR-coded paper envelopes

After generating a 'UUIDQRcode_A4' macro enabled template on a PowerPoint appearing as below, the page should be printed out. 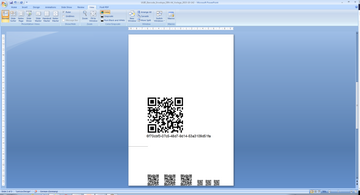 The paper is then folded at two points, first guided by a line drawn on the left margin, just below the UUID digits then at a point above the QR code. The second folding is done in a way that the folded edge of the paper is at the same level as the initially folded point (where a line was drawn). Generally the paper should appear as below, both in front (a) and at the back (b) after the two folding are accomplished. 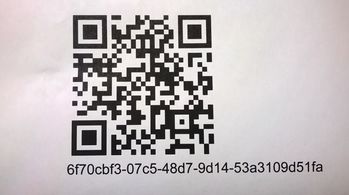 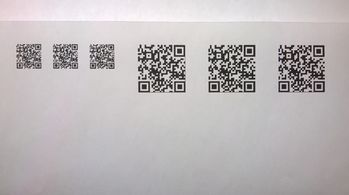 The two open ends of the folded paper on the left and right sides of the UUID and QR code are gently folded towards the back taking care not to cover any of the 6 small QR codes. Two holes are then centrally punched, each on every folded edge. 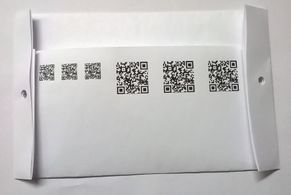 Two types of clips are used to seal the holes: the white (permanent), before sampling is done and the black (adjustable to aid in sample removal from the envelop) after or during sampling. The former is fitted on the hole appearing on the left side of the QR code as illustrated below. 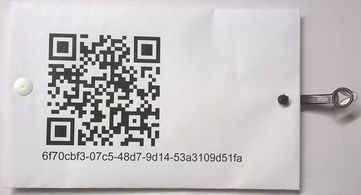